The Church of the SS. Pietro and Silvestro can be identified along the ancient via Catanovetta. It was the seat of the former female monastery. It was owned by the monastery of Sant’Angelo Magno di Ascoli, who in 1286 transferred the title of the rural parish of S. Pietro de Roncone. When the monastery was closed, the monks of the Olivetan Congregation were called in place of the nuns, the same were invested with the Convent and the jurisdictions due, as proof there is the Pope’s Bull of the year 1460. In 1555 they joined the Church of San Pietro the rural church of S. Silvestro: for this reason it was therefore named after the SS. Peter and Silvestro. The church consists of a single nave, sacristy and floor above the sacristy. The main entrance is a portal in Gothic sandstone. Inside noteworthy 16th century frescoes. 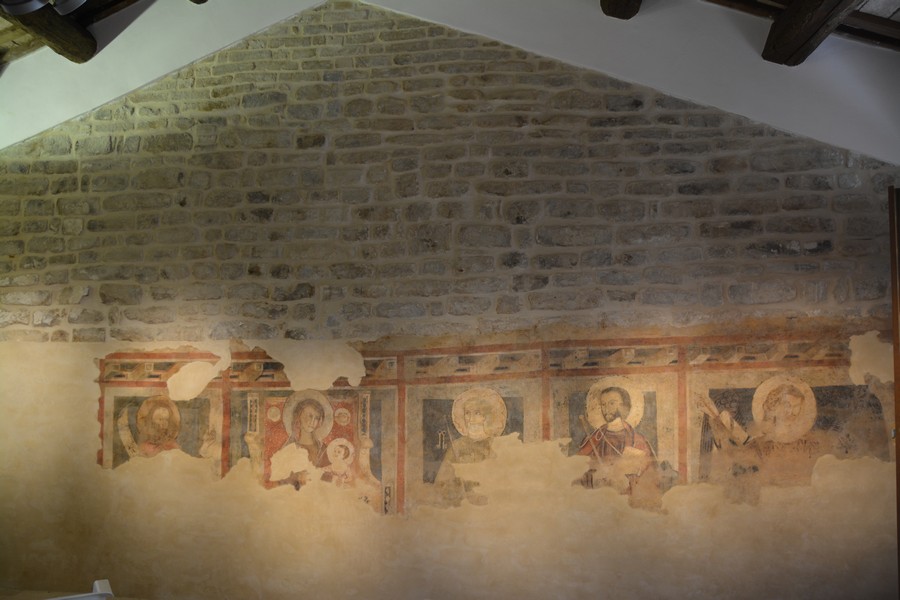