The church was erected on the initiative of the then Archbishop of Fermo, Alessandro Borgia. In 1741, during a pastoral visit to the town, the Archbishop met with the priors of the Santissimo Rosario and Santissimo Sacramento brotherhoods and ordered them to build a new place of worship with the name Madonna della Misericordia, or Madonna of Mercy. The two brotherhoods used a small church also named Madonna della Misericordia but this was too cramped to hold both devout brotherhoods, so the new church was completed in 1759 and in 1798 it was consecrated. The external façade is in the Baroque style with open brickwork and lateral buttresses that reinforce the whole structure, on which can be found windows. Given the similarity in architectural style between this and two other churches, the design can be attributed to Gaetano Maggi. Inside, there is one single nave with two side chapels. The walls have regular decorative architectural elements; there are five chapels with altar annexes and two confessionals. The prestigious works of art that adorn the interior belong to respected artists such as Filippo Ricci and Antonio Liozzi. There are two Ricci canvasses preserved at the sides of the presbytery, with ornate stucco frames in rococo style. The first portrays the Madonna of Mercy, St Francis of Assisi and St John the Baptist, while the second St John the Evangelist and St John Nepomucene. The counter- façade has wooden structures with paintings by Antonio Liozzi which portray the Madonna with Child, St Joseph and St Catherine of Alexandria. An antique fresco of St Mary of Montorso is also preserved in the church; behind the main altar the canvas of the Madonna of the Rosary with St Dominic and St Catherine of Siena can be found. The painted organ dates back to the middle of the 18 th century and can be attributed to Giuseppe Attili. 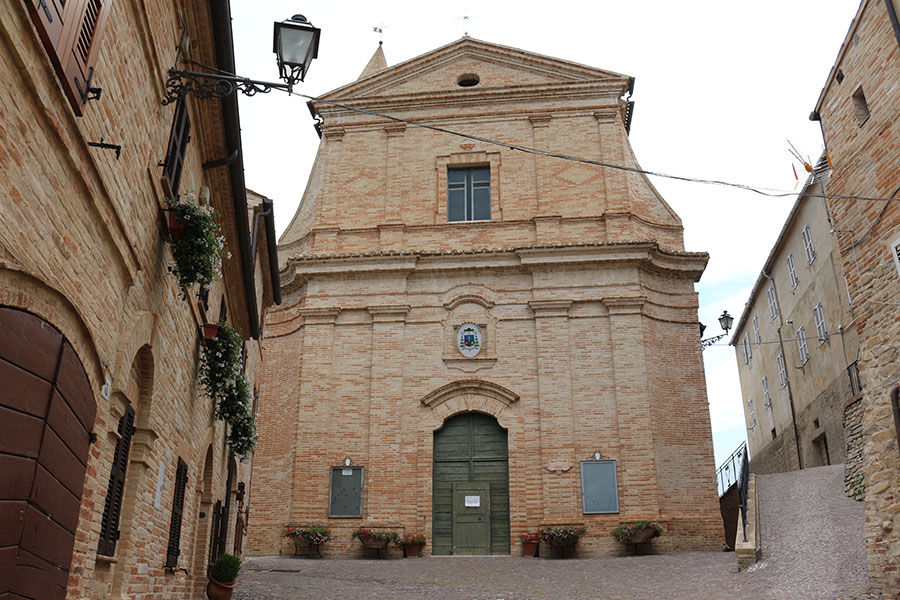 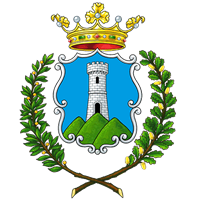