Convent of St. Mary of the Plane Servigliano (FM)

It is also known as the Madonna del Piano. It can be found on the outskirts of the town centre and dates back to before the foundation of Castel Clementino. The exact date of construction of the original building, a small oratory, is unknown, but it was certainly built in the first half of the 15th century. It ceased activity in 1652. In 1746, work began on the extension of the church. The building was contructed in the shape we see today, with a nave and seven altars. The façade was completed in 1747. Vaults were built in 1748. In 1750 choir stalls and the main altar were realised. The bell tower was constructed between 1787 and 1788. The present configuration of the church, a single nave with a straight apse at the end, demonstrates the nature of a late 17th century restoration. The west side of the convent cloister has been preserved, with frescoes that are illegible due to serious decay, along with the façade. Several convent rooms have become business premises.
The convent was built by the Frati Minori Osservanti – the Observant Minor Friars – on land adjacent to the Santa Maria del Piano Chapel, following a donation from the Servigliano Community. The convent is a building on two floors with a cloister, situated on the road from Fermo to Amandola. Its construction was completed in the first half of the 17th century. In 1866, the religious inhabitants left the convent and the community was permanently dissolved. For some years the building remained empty, until 1868 when the town council requested the building for public use. In 1883, it became a state primary and infant school, then a hospital and subsequently a police station. 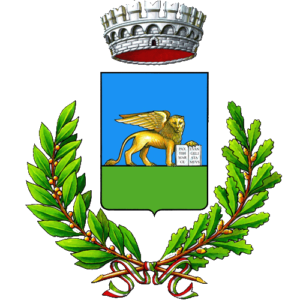