The first definite traces of this settlement are of Roman origin. Set in the façade of the church, still visible today, we can find a Roman tombstone with a funereal engraving. There is also a fragment of white marble sculpted with the figure of a lion, again from the age of the Romans.
It was precisely on these Roman ruins that Farfense Benedictine monks constructed this small church with a lookout tower. The church was given the name Santa Maria in Muris because of its construction on pre-existing walls.
The oldest evidence of the church’s existence is to be found in the Farfa register; here it is written that Countess Albagia made a donation to the Farfense monks. In the year 967, a monk from Santa Vittoria settled here.
The little church, after the fall of the monks’ power, became the property of private families, and in the 19th century, it took the name of St Simone.
The Pre-Romanesque style is one of the oldest in the Piceno area; it can be immediately noted that the tower façade is a Lombard model, rebuilt in the 16th century. The tower also had the purpose of observatory and lookout post.
Inside, the original cryptoporticus of the 10th century can be found: an ornate space of two arches at right angles, to the right and left of the entrance corridor. The altarpiece is of exquisite craftsmanship, portraying two saints contemplating the figure of the Virgin.
Today the church is the property of Belmonte Piceno town council. 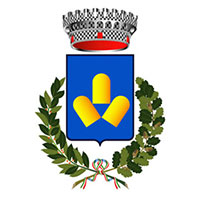